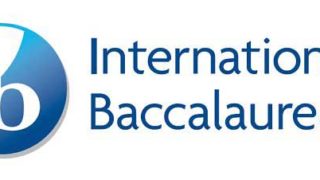 “Disinterestedness is essential in the pursuit of knowledge”

Although we naturally expect history to be written from a neutral perspective, it was quite recent that disinterested started to play a role in history. The modern approach to history started to emerge in the late 18th century, with Leopold von Ranke being one of the pioneers of studying history using a new methodology. The knowledge question to be asked here would be: Why is disinterestedness important in the pursuit of knowledge in history? Back in the 19th century, when Ranke was a professor at the University of Berlin, the purpose of studying history in Europe was to interpret the past in the way that would support the agenda or ideology of the country (Leopold Von Ranke). It was common for historical writings to be based on the assertions of other historians, secondary recollections, and unproven beliefs about the past (Leopold Von Ranke). Whether the claims made by the historians reflects the past accurately or not was not important at all. (Leopold Von Ranke). At the time, historians were not studying history in order to discover the truth, but they were looking for evidence that would support the claims that were convenient for them to make. Leopold von Ranke, as a professor, considered it as a problem to teach his students the history that were then so biased and inaccurate. He asserted that history should be told in “the way it really was” (“wie es eigentlich gewesen ist”) and not in the way people want it to be (Griffin, Helga M.). His methodology was to base the historical research not on secondary sources created by other historians, but on primary sources and official government documents, that he claimed were “the most genuine, the most immediate sources” (Leopold Von Ranke). He spread his methodology by writing over 60 volumes of books and by directly teaching his students at the university (Stern, Fritz.). The introduction of his methodology was one of the major historical developments of history as an academic subject and Ranke is often called the father of the modern “scientific” source-based history. It can be claimed that Ranke’s methodology and the attempt to tell history in “the way it really was” helped disinterestedness to start to play a crucial role in history, which helped it to evolve as a reliable and accurate academic subject like natural science and mathematics. Disinterestedness, enabled by Ranke’s methodology, was able to minimize biases in history and improve its accuracy significantly, therefore disinterestedness was essential in the pursuit of historical knowledge.

Leopold von Ranke considered primary sources much more reliable than secondary sources, in which the personal agenda of historians were blurring the truth. But to what extent can disinterestedness be achieved by humans? Venetian historians Gino Benzoni and Ugo Tucci pointed out that the government documents and the primary sources, that Ranke considered as immediate and genuine, were also biased (Campbell, Colin). They claimed that “reports of the Venetian ambassadors to the Venetian Senate after returning home from the visit from various capitals in Europe, were not objective contemporary records” (Campbell, Colin), but highly superficial reflections that would please the Venetian Senate. All sources that the historical writing will be based on are created by humans, who can never be fully disinterested, whether those are primary sources such as eyewitness account, diaries, letters and government documents as or secondary sources written by historians. To answer my knowledge question, as long as history is studied by humans, and is based on records the prior humans left behind, complete disinterestedness is impossible to achieve, and the study of history can never be separated from biases. Thus, history as a subject can never become disinterested, which can degrade the reliability of history.

Although history as an academic subject cannot be fully disinterested, we know from how the accuracy of history improved because of Ranke’s methodology, that the attempt to achieve disinterestedness is essential in the pursuit of knowledge in history. Now I am going to move on to the natural sciences, an area of knowledge that is inherently different from history, and see if the conclusion drawn from history can also be applied to this particular area of knowledge, and, by extension, all areas of knowledge.

To take a different approach to the essay title, it can also be said that without disinterestedness, knowledge cannot be pursued. One might ask: How does a lack of disinterestedness hinder the pursuit of knowledge in the natural sciences? In 2014, January, the scientific journal, Nature, published a finding of a revolutionary way of reprogramming adult body cells to embryonic-like stem cells – by exposing cells to stress, such as acidic conditions or physical pressure (“Failed Replications Put STAP Stem-Cell Claims to Rest.”). Embryonic stem cells are undeveloped cells that are pluripotent, which refers to the possibility of the cells to develop to any form of the body’s more than 200 cell types (“Failed Replications Put STAP Stem-Cell Claims to Rest.”). The researchers of this finding, Haruko Obokata and her colleague from Japan and two American researchers named the phenomenon as “stimulus-triggered acquisition of pluripotency” and the cells that display this phenomenon as STAP cells (Shinichi Aizawa). Although the paper caught significant attention as a groundbreaking finding in biology, soon many problems of the paper were pointed out by other scientists. Following an investigation, it was concluded that STAP cells did not exist (“Failed Replications Put STAP Stem-Cell Claims to Rest.”). This false finding can be explained by the lack of disinterestedness in the researchers. Haruko Obokata and her colleagues had a lot to gain from the existence of the STAP cells: credit for the great discovery, a reputation as great scientists, promised advancement of their career. It is also highly likely that they were affected by the desire for their hard work and effort put into the research being paid off. Because they were not genuinely trying to investigate the cells but were affected by personal advantages and benefits, it led to the production of false knowledge. Therefore, the answer to my knowledge question is that a lack of disinterestedness is a hindrance to the pursuit of knowledge in the natural sciences. One of the methodologies of the natural sciences to achieve disinterestedness is the peer review and replication. Peer review is the review of the paper by other scientists who are also expert in the field. Since these scientists are not directly involved in the investigation, they can give a disinterested feedback or notice the mistakes in the paper (Jacalyn Kelly et al.). Replication of the experiment by other scientists can expose errors in procedures and biases such as the confirmation bias when interpreting data. In STAP cells, 133 attempts of replication were done by seven teams in four countries and all of them failed (“Failed Replications Put STAP Stem-Cell Claims to Rest.”). Furthermore, Haruko Obokata herself tried the replication under the supervision of the Scientific Validity Examination Team of RIKEN, in which she was unable to produce the STAP cells (Shinichi Aizawa). Since the other scientists did not have personal advantages to gain from the finding of STAP cells, it enabled them to evaluate the paper from a neutral perspective and led to them notice the errors in the paper that Haruko obokata and others overlooked.

However, as argued earlier, full disinterestedness is impossible to achieve, even in the natural sciences. Bias also plays a role in peer review, which derives not from personal advantages but from the attachment to a particular belief and assumption. Single-blind review is the most broadly used type of peer review where the author does not know the the reviewer’s identity, but the reviewer is aware of the author’s identity (Jacalyn Kelly et al.). The problem associated with this type of peer review is that the reviewer can be biased based on the author’s gender, ethnicity, previous work or reputation (Jacalyn Kelly et al.). A study provided an evidence of bias against female authors. In the study, the researchers changed authors’ names of the 12 papers that were already published in a journal (Richard Smith). They resubmitted those papers to the journal, with the content unchanged, where 8 papers were rejected because of a lack of originality (Richard Smith), though the papers were accepted when the name was different. This is an evidence that the reviewers were biased against female authors, which deprived the reviewer of the ability to evaluate the paper properly. So, even in the natural sciences, complete disinterestedness is impossible to achieve in the pursuit of knowledge. 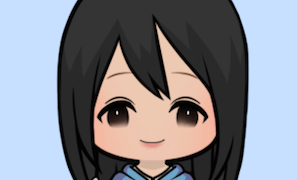 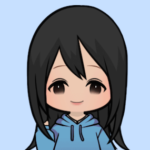